Is there such an untimely death?

How do you know if you are dying? Is there something written in the bible that people died accidentally and not in the will of God?

It’s not what is written in the bible, as it is said in:

Matthew 10:29 Are not two sparrows sold for a copper coin? And not one of them falls to the ground apart from your Father’s will.

During the times of Christ, the sparrows could just be sold for a farthing.

A copper coin in our present time is equivalent to a cent, and that’s how cheap is the sparrow bird.

Sparrows are just as cheap as nothing for us but according to God in the verse above, none of them will fall down to the ground apart from our Father’s will.

In other words, even one sparrow will not die unless it is permitted by God.

If somebody dies specially human, it is already by the will or with the permission of God, because humans are more valuable by God than sparrows.

31 Do not fear therefore; you are of more value than many sparrows.

So God is clearly saying that humans are more valuable than many sparrows, so whenever there is something that happened in a human specially death, it is already in the will of God no matter what sort of death it is.

If any human died, it means it is already his time since it is with the permission of God, for we are more precious than birds.

So by this fact, we are being told that there is no such thing us untimely death, because when we die it is permitted by God.

If accidentally you are hit by a strayed bullets, that is still happening with God’s permission because if it’s not yet your time, you will not die, even if you are on board in a crushing airplane if God doesn’t like you to die yet, you will still survive, and people mostly called it miracle but it’s God’s works.

Our time to die is already appointed by God, and when that will be? Only

God knows just like what is said in this verse below:

Hebrews 9:27 And as it is appointed for men to die once, but after this the judgment,

Therefore, if anyone dies, it is already by God’s permission, and no one can refuse it.

There are many instances that people purposely killing their selves and because it’s not yet their times, they didn’t die even they committed suicide, because if it’s not your time yet, God will always look for ways to make you survive no matter how you attempted to kill yourself.

But if even you don’t like to die yet if God wants you to rest already, you can’t do anything about it, since it is already your appointed time set by him.

Some people have misunderstood some verses of the bible because it sounds contradicting to each other just like the verses which you can read below. 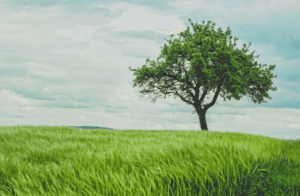 19 Every tree that does not bear good fruit is cut down and thrown into the fire.

20 Thus you will recognize them by their fruits.

In the verses above, it’s mentioned over there every tree that doesn’t bear good fruit is cut down and thrown into the fire, meaning the wicked or the bad are killed and not the good,

but what about those branches who bear good fruit, they should supposed to be not dying, but why they died?

This is a very interesting question which made a lot people confused about the bible and God’s way, but let’s ask God about his reason’s of why good people died, that supposed to be it’s only the wicked or those who didn’t bear good fruit should, the answer is the verse which you will be reading below. 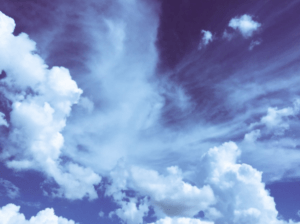 Isaiah 57:1 The righteous perishes, And no man takes it to heart; Merciful men are taken away, While no one considers That the righteous is taken away from evil.

If the person is righteous and really righteous in the eyes of God, sometimes those people are just being taken by God, because of the evil to come for they might become bad for those coming days,

therefore, God just let them take a rest and sleep until the judgment day, because they are really righteous, so letting them die is God’s way of saving them from the evil things to come ahead.

God knows about what will happen in the future and since God has seen something that might cause them to fail for the God’s required works for salvation, so he just let them die for their own good.

Sometimes it’s so hard to accept when our love ones are taken away by God that supposed to be he is a very good husband, wife, or person.

But God who is aware of everything has a reason behind of it all, the pain of departure is unacceptable due to the sweet memories they left with us, but if we sum it up, it’s much better when they left us with good memories than being not in good terms with them.

So it’s still good to feel that our loved ones left us with the sweet loving memories rather than in the opposite feelings.

There are people who are good with their fellow people but not with God. They have some hidden acts which are not known by men but it’s seen by God.

Sometimes we thought that they are God-fearing because of what we only see with our eyes but in reality there is a hidden things they did which is against the will of God.

But if the person is really righteous in reality, and he’s gone from this world, God let them rest, while other people called it untimely death, which is not possible with God’s people.

If you are of God, there is no such thing as untimely death, because God has always had a perfect timing with all his plans and ways, if the people of God die, that means it is their appointed time, no matter how young or old they are when it happened.

So there is never been an untimely death for the people of God.

John the Baptist is a righteous man but he died and decapitated at the age of around 30 years old.

Why John the Baptist died at that young age? That is because his appointed time has already come, and God’s reasons for that is for John’s own good,

because letting him die then is an assurance that he can be with God in paradise after judgment, because he died in service to God.

All things that happened are permitted by God but it’s not all happening by his will.

When you decide to shoot your enemy, it’s your free will who will do it, but to die for it, it’s still God who decides if whether he will die from that shooting or not, but if he dies then God has allowed it to happened because it’s already his time.

If God doesn’t like him to rest yet, you can’t kill him no matter what you do.

We have the wisdom and knowledge to utilize it for our own good, but if we don’t apply them in our life then those will be just like nothing.

So even though we have an appointed time, if we are so abusive with our health, still there is a tendency that you will take a rest earlier than expected, and they also called it untimely death.

We have the so called common sense, and we being with a normal mind, we know what is good for us and what is bad.

We need to always remember that once we know the good thing to do and we don’t do it, we have committed a sin as it is said in: 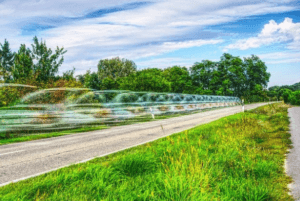 James 4:17 Therefore, to him who knows to do good and does not do it, to him it is sin.

It’s mostly what is going inside our mouth that matters with our age and health, so being with common sense, we know what good can something that you put in your mouth do to your health.

If you are wise enough, you know exactly what to do to keep your health, and if you are healthy then you have the chances that you will not die untimely, as a matter of fact, there is a verse in the bible that is mentioning about prolonging life, as God has the power to do it if he likes. 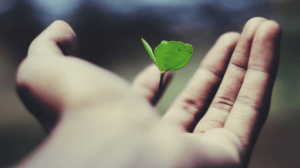 Proverbs 10:27 The fear of the Lord prolongs days, But the years of the wicked will be shortened.

The people of God died, in different kinds of death, and some of them are even killed brutally, but God as we have already learnt in this article that he just allowed it with the reason that it is for their own good.

Whatever kinds of death that Christians are experiencing, for the real believer of God like those first Christians in the bible.

They didn’t mind of whatever ways they died for as long as, they died in Christ sake.

It is not important to them the life on earth because they are after the eternal life that is promised by God for those who can endure up to the end. 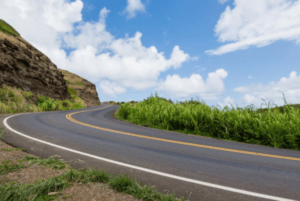 Matthew 24:13 But he who endures to the end shall be saved.

There is none of us that will stay alive in this ending earth, we all will die in different times and ways.

Those who died, their turn has come already, and nobody knows about us, that is the reason why we have to prepare ourselves,

We don’t know if what is going to happen between now and then, but it’s all known by God. Therefore, we have to pray before we sleep in the night because the next morning is still too far to wait, and we are not sure if we can still wake up then.

The tomorrow is called the nearest future because we don’t have any ideas if what will the next morning bring.

So before sleeping in the night we have to pray to God and ask him that we can still wake up tomorrow, and then upon waking up in the morning we have to thank him for another day in our lives.

We can’t boast to anyone about tomorrow, next day and the future, for everything is just lying in the hands of God. 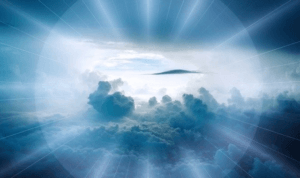 James 4:14-15 whereas you do not know what will happen tomorrow. For what is your life? It is even a vapor that appears for a little time and then vanishes away.

15 Instead you ought to say, “If the Lord wills, we shall live and do this or that.”

I hope you’ve learnt something from this article I have shared to you, and if you have any questions, comments, or suggestions. They are all highly appreciated and I will be more than happy to hear them. 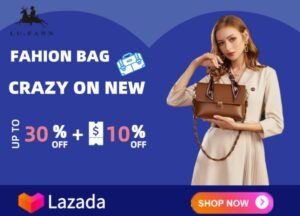